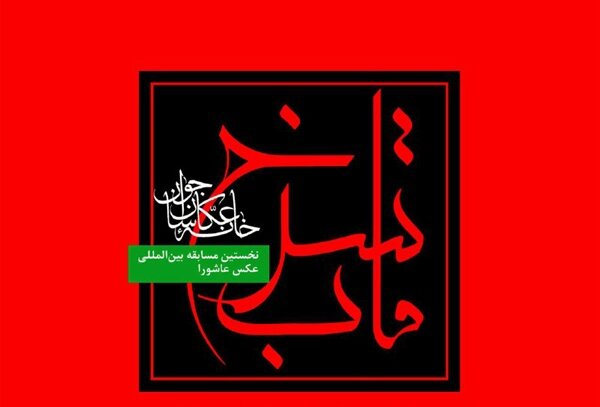 
TEHRAN – The House of Young Photographers of Iran has launched an international competition to honor the best photos about Muharram rituals taking over palaces across the world.

The international Red Frame photo competition has been set up to raise awareness of the great Karbala tragedy in the world community and present the event from different angles, organizers said on Sunday.

The organizers also intend to build a large archive of photos of Muharram rituals from the contest submissions.

Amateur and professional photographers from all over the world can apply for the competition with photos taken with mobile phones or professional cameras.

The deadline for applicants is July 22, 2021. Applicants should send their work to [email protected]

A jury consisting of the director of the Young Photographers House Rasul Oliazadeh and art experts Hamideh Jafari, Mohammad Babai, Davud Yarahmadi and Nasser Mohammadi will meet on July 26 to select a number of the best photos for an exhibition, which will open on August 10, the first day of Muharram, the first month of the lunar calendar.

Shia Muslims gather in mosques, religious sites and places for seasonal religious ceremonies every year to commemorate the anniversary of the martyrdom of Imam Hussein (AS) and his companions with rituals that begin each year from of the first day of Muharram.

The rituals reach their peak on Ashura, the 10th day of Muharram, the day Imam Hussein (AS) and his companions were martyred in Karbala as a result of their courageous stand against the injustices of the oppressive Umayyad dynasty in 680 CE.

The rituals continue until Arbaeen, which marks the end of the 40-day period of mourning after the martyrdom of the Imam and his faithful companions in Ashura.

Over the past decade, Iran has initiated the Arbaeen rally, which is organized annually by Shia Muslims in Iraq.

Hundreds of thousands of Iranians and Shia Muslims from other countries travel to the Iraqi city of Karbala to observe Arbaeen Day at the holy shrines of Imam Hussein (AS), the third Shiite imam, and his brother, Hazrat Abbas (AS).

Photo: Poster for the 1st edition of the Cadre Rouge international photo competition.

About the City: Meet ‘Napoleon Dynamite’, attend a harvest festival,…

Kentucky by Heart: Fall Festival Season is the Perfect Time Experience and Celebrates…